Order Your DNA Service
Register Your Sample
Access Your Results 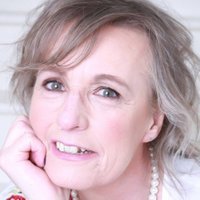 Anne currentely works as the Director for Centre of excellence at British Association for Applied Nutrition and Nutritional Therapy (BANT) and Course Director at MSc Nutrition course.

Anne Pemberton, an experienced nutritional therapist with a twenty-five year background career in nursing and a graduate of psychology. Anne also holds a diploma at the Institute of Optimum Nutrition, and is currently completing her own MSc in Nutritional Therapy. Her special interests are autism, chronic fatigue and cancers, although many other health issues can be addressed.

Anne's passion for nutrition originated from having a child with autism. She was told at diagnosis to enjoy the child as he would always be a three year old little boy. By the time he was 12 he had been a pupil at 6 schools, 3 mainstream and 3 special schools. He was too bright for special school and too socially impaired for mainstream. A square peg in a round hole. After this he was educated at a residential school for a year which almost destroyed the family. Anne was advised to “lock him away and forget him” needless to say it wasn't an option . The child was removed and dietary intervention then took place. At this point Anne saw the true value of a targeted nutritional approach. Her son is now a well rounded adult educated to masters degree level, working as an electronic engineer. Anne's passion has now spilled over into her own working life as she educate's others on the powers of nutrition.

Lifestyle Genomics Research Centre is a Limited Company registered under CN 10977872 in the United Kingdom and Wales for Reasearch and Experimental Development 72200.